My first memory began in 1960 living on base in Japan looking out at Mt. Fuji every morning when eating breakfast, I was either in kindergarten or 1st grade. We took Japanese culture classes to learn to speak Japanese and to learn their ways. It was fun dressing up in kimonos and having tea on “girls day”. After living through a typhoon we skip forward a couple of years, still on base but in a different house for some reason. I woke up one morning & my mom had left and returned to the states.

A year or so later we also returned to the states to live with our grandmother(my mom’s mother) in Ohio which was a disaster from day 1. I’m not sure why we couldn’t live with our Dad. We (little brother and sister) were treated terribly but I won’t go into detail. I was in 4th grade the day Kennedy was assassinated. After a series of abuse incidences I wrote to our Dad to let him know what was going on and he came and moved us to live with a neighbor of his sister’s in WV where we lived for 4 years during which time our Dad was sent to Viet Nam. When he returned he took us to live on base at Lakenheath in England. That was a turbulent time for me as I had made so many great friends and a 1st boyfriend in 7th grade and didn’t want to go.

I hated everything and was mad at the world, fell in with kids doing drugs to try to forget my hurt. I couldn’t deal with stuff so I asked my Dad if I could go live with my mom back in the states, so off I went but that didn’t work out so well either. Six months later I was back in England.

I made friends with a girl that lived on our block and that helped but then we started going out with the soldiers and that was a whole new chapter. I guess when you feel like nobody really wants you or cares about you then you look for attention wherever you can. My Dad was still broken up about my mom and just didn’t know what to do with our problems so he stayed on the golf course most of the time and we were left on our own.

After partying through my Jr. & Sr. year of H.S. I finally graduated and moved to the states to live with my mom again, found a job, got a car, made some terrible decisions, was lonely, miserable and suicidal at 20. Could never get into a serious relationship, drank to forget. At the age of 22 met the man I was to marry, turned my life into a positive and we were married 3 years later. I just wish that there had been someone on the base that I could’ve
talked to.

Although my relationship with my Dad was very strained, years later I look back on the short time we had together in Japan and England with great fondness. I truly believe that if my mom hadn’t left our lives would’ve taken a better turn. But you can’t relive the past and just need to look forward to what the future has for you.

My brother and sister have a real hard time maintaining a relationship, Between them both they have had about 7 marriages, if my memory is correct. It is quite sad that so many lives never reached their full potential. 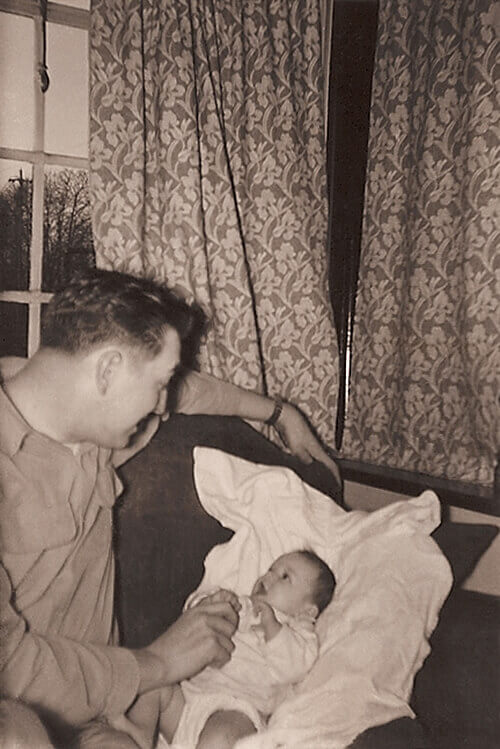