My name is Ashlee Cowles, and I am an Army brat and author. My father was in the military for the first 18 years of my life, and this experience has shaped who I am more than any other. I spent most of my high school years in Wurzburg, Germany, which gave me an international perspective and love for Europe as a second home. As an adult, I went back to Germany to work at the Edelweiss Lodge and Resort in Garmisch, and I’ve also lived in Spain, Northern Ireland, and Scotland, all thanks to the military brat travel bug! My closest friends to this day are other brats from my time in Germany, and even though we now live on opposite sides of the U.S., we stay in touch and “pick up where we left off” whenever we get to see each other.

As a high school teacher at an online school that works with military brats, and as an author of Young Adult literature, one of the things I am most passionate about is highlighting the strengths of a military kids and other TCKs, as well as the privileges that come with this wonderful upbringing. Yes, it can be a hard life at times, but I’m so grateful for the resilience, grit, and other character strengths this lifestyle instilled in me from any early age. Instead of people feeling bad for military kids because we have to move so much, I want the civilian world to recognize the unique characteristics and gifts people from our diverse military community possess, as I strongly believe they are characteristics our increasingly fractured and amoral world is in great need of today.

This is one of the main reasons I wrote BENEATH WANDERING STARS (Merit Press, August 2016), a novel about a military brat named Gabi who is called to take part in a grand adventure while she’s living overseas in Germany. Through this work of fiction, I wanted to tell the real story of life as a military brat, with all its ups and downs. There hasn’t really been a mainstream novel about military brats since Pat Conroy’s The Great Santini, so I wanted to focus on the more recent experiences of post-9/11 brats. My hope is that this story will not only resonate with current military teens, but also expose the broader culture to the experiences and sacrifices of military families.

One of my favorite lines from the book is “People are the only home the Army issues…but they’re the only home that matters”–as I’ve found this to be very true in my own life. I’m sure I will always be a wanderer who never feels “at home” in one particular place, but military life has given me a home in all the wonderful people I’ve been fortunate to know! 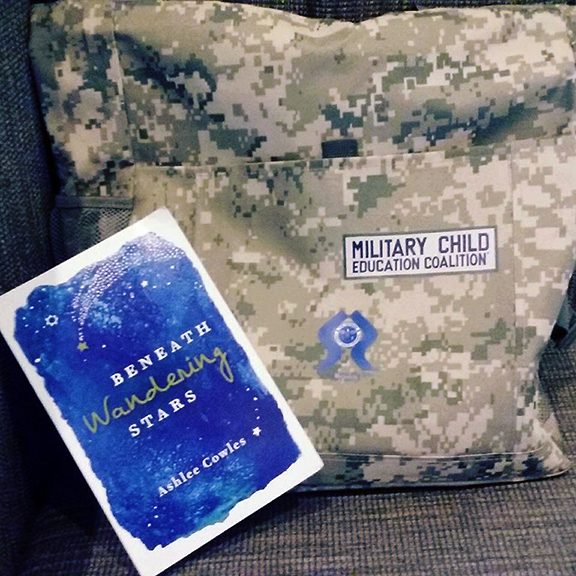 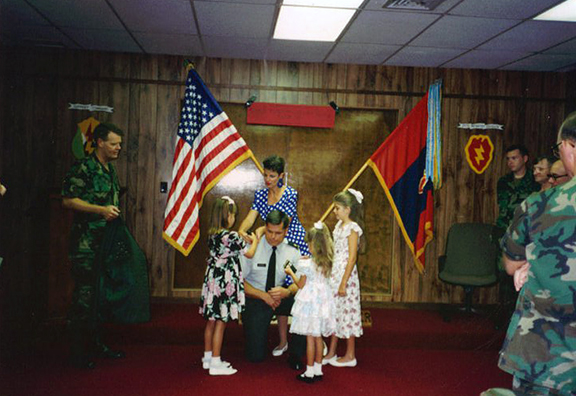