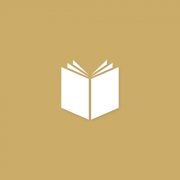 Being a base brat had many hard times, but many benefits as well. I moved 9 times in my childhood and went to 9 different schools. My education was all over the board which only really showed up for me when I went to college.

My parents had multiple affairs that led to their separation when I was nine. I went to live with my Dad which had its own issues. The military was not set up for single parent families. The men would go on courses away for months sometimes. I was the oldest which meant that I had to take care of a lot of household stuff like making food, laundry, cleaning and watching my younger sister and brother. When Dad was on a course my elderly grandmother would watch us, which was not a lot of supervision. I would run a bit wild in those days.

The other big issue the military presented was an environment that bred alcoholism. As a recruit you were required to drink at mess dinners and all celebrations were alcohol related. My father became an alcoholic when I was really young. He was functional but it did end in me becoming a codependent as I got older. I had to attend groups to understand and undo some of the issues that come from being a child of an alcoholic and dysfunctional parent.

I also had to do work on the abandonment of my mother. My dad left for six months, (before the internet and Skype), on a course called the “marriage breaker,” which proved to be the final straw that broke my parent’s marriage. They both engaged in other relationships and my mother left my father when he came home from it.

Some of the good things about being a base brat is I learned very quickly how to meet people. I also knew at least one person everywhere we went. It changed how kids related to people. We learned how to make strong connections quickly. Another huge benefit was the trips we got to take. I got to travel through Europe when I was seven because we were posted to Germany. I also got to travel through most of the States and Canada because when we got posted the military gave us the option of how to travel. My Dad would always pick car so we could have a really long vacation. We slept in some great hotels and saw many U.S. landmarks. It was a great experience. His DND card made things easier. He got a lot of military discounts and we were able to go to the base hospitals for free.

I wouldn’t change my childhood but I also wouldn’t wish it on anyone. I am glad some of the policies have changed to help the military kids find some more stability. It was not easy for kids only ever having half a family when the men, ( or in some cases women), were sent away. But I am glad I got to be part of a beautiful community of people that always had your back.

Growing Up In Japan
Scroll to top